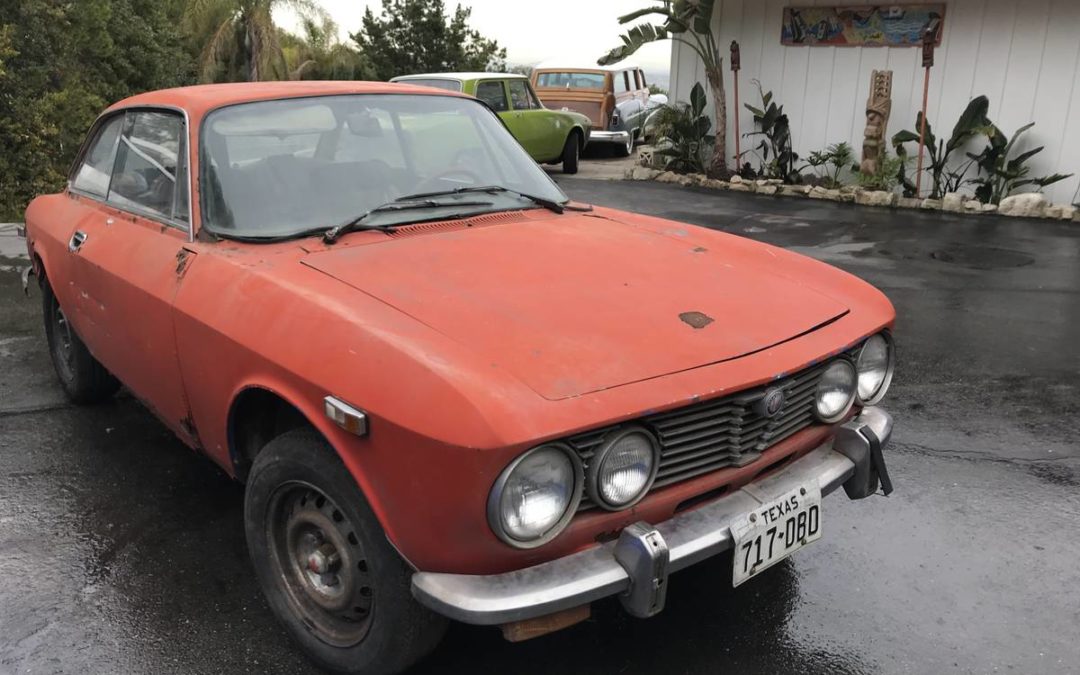 The Alfa we’ve found here on Craigslist is a 1974 GTV 2000. The last of the run. Larger engine, more power. In the background there is an Alfa 4 door Berlina and an American woody from the 1950’s. A nice cluster of cars.

The Alfa Romeo GTV body style started in 1963 with the Sprint GT. By 1964 you could opt for either 1300cc or 1600cc. In 1967, with the 1750 motor, the Gran Tourismo Veloce became available, the GTV had arrived ! It was a fabulous road car. Over the course of this body style’s life over 200,000 units were built. They all had the same body but as the years progressed the engine size and power increased until 1974 when this 2 litre car was built and imported.

The blue color in the engine compartment indicates that it was LeMans blue when new. A very desirable color. Factory AC was available in this year, but this car appears to have aftermarket AC.

This car has the side markers for the American market.