By: newcar|Published on: Mar 2, 2019|Categories: All, Before and After, Italian, Lancia| 0 comments 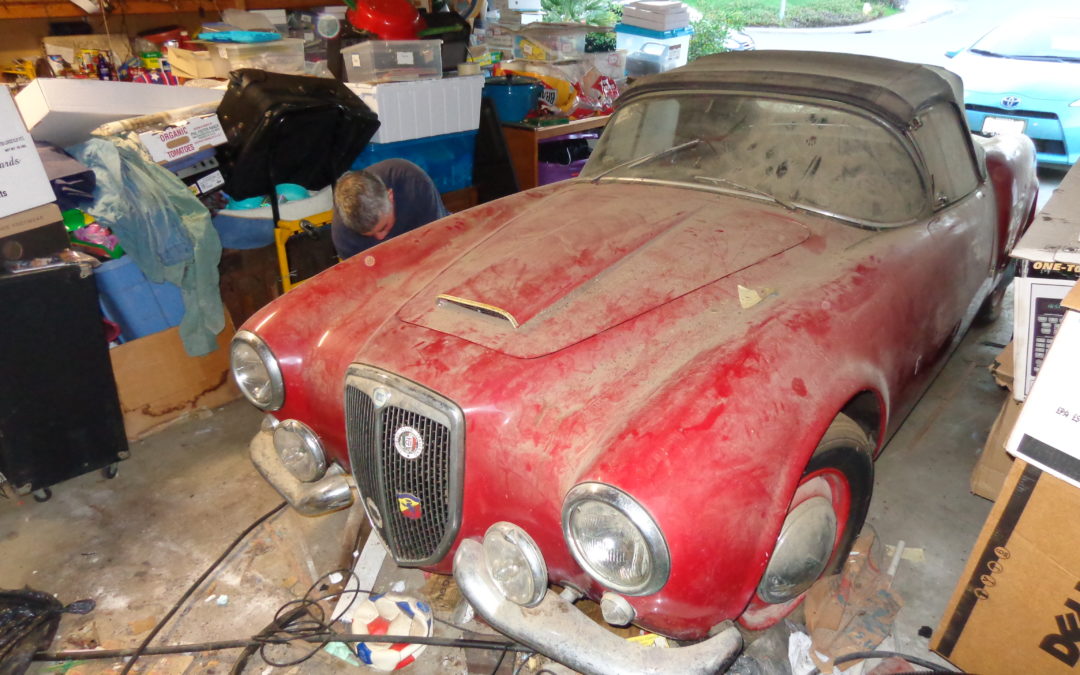 Lancia got everything right with the Aurelia Spyder America. A 2 litre V6 engine with transaxle. Smooth with superb handling. In general the mechanics Lancia typically got right, their styling is often up for debate. This time the styling was perfect. A spyder designed by Pinninfarina.

Aurelia Spyder 1170 is coming up for sale at the Gooding’s Amelia Island Auction on March 8, 2019.

I had some experience with this car back in December of 2013.

It was a very correct car, but in need of a full restoration.

The owner and I met in the morning, before he headed out to work. We exchanged pleasantries and generally caught up. I then told him how much I was prepared to pay for the car. There was a pregnant pause, “How much?” I stated the price again. He had a slightly surprised look on his face. He hesitated for a few seconds and then said “No, I’m going to restore it and drive it again”. It felt reflexive to me, as if he was so used to saying no to suitors that no just came out of his mouth again.

I knew that he was out of work by 4pm so I decided to check back in.
“I was hoping you would call, he said. I’ve been thinking about your offer all day…”
Within a minute or two the deal was done!

The next morning found us checking bank accounts
and loading the Lancia onto the trailer.

That’s a happy place to be; loading a nifty, dusty old sports car onto a trailer.

Today, perfectly restored, the car is appreciated as the masterpiece it is.
We trust the new owner will have many enjoyable years
driving and showing the car.