By: newcar|Published on: Mar 2, 2019|Categories: All, Hemmings, Italian, Lancia| 0 comments 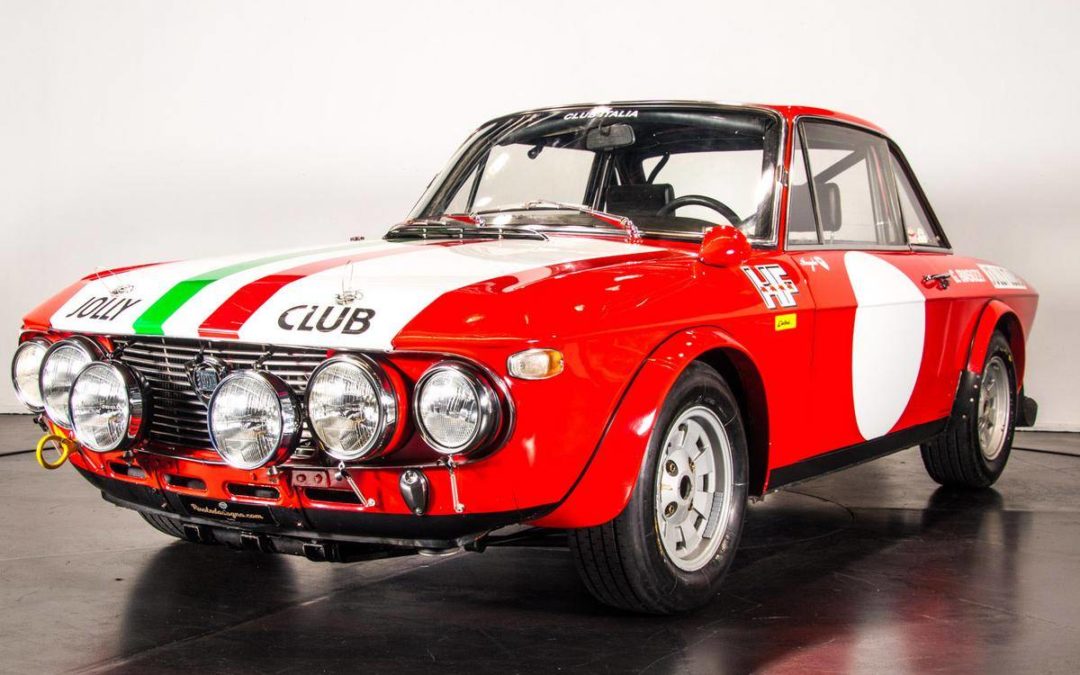 This 1970 Lancia Fulvia is a factory HF 1600 “Fanalone” (which means large lights, or big breasts depending who you ask). The 1600 HF came from the factory with a larger 1.6 liter engine, producing 132 horsepower, as well as altered suspension geometry, lighter wheels, flared wheel arches, and a close ratio 5 speed manual gearbox.

This particular car has significant period racing history, and is presented as such. It was run by the Jolly Club, which was an Italian racing team that competed in the World Rally Championships and Formula One. They were a successful team, placing second and third in the WRC Championship with driver Alessandro Fiorio (although not with this vehicle).

This car is FIA and CSAI (Commissione Sportiva Automobilistica Italiana) certified. It is also in the Lancia Registry with full documentation. The seller has provided many accompanying documents (although written in Italian), that exhibit the history of this vehicle. It comes equipped with a roll cage, racing harnesses, and a cut off switch, ready to be raced or admired!