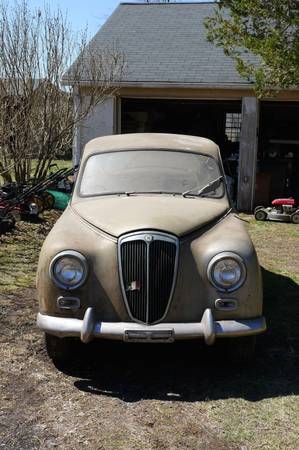 The Lancia Appia was produced from 1953-1963, and 107,000 Appia’s were produced in total. There were three series of Appia’s produced; the one we have found here is a series 2. All three series came with a narrow V4 engine of 1100cc’s, with a single head for all four cylinders, and in the series two car it made 43 horsepower. What set the series 2 apart from the series 1 cars was a more powerful engine, a more modern body and better interior room. One of the coolest features are the suicide doors!

This particular car is a barn find/project car. It does not have an engine or transmission in it, but the seller does have almost all of the necessary parts. Although it appears to be quite solid it is definitely in need of significant cosmetic work too.

Check it out here on Craigslist in Allentown, PA: https://allentown.craigslist.org/cto/d/springtown-1958-lancia-appia-series-2/6934253194.html 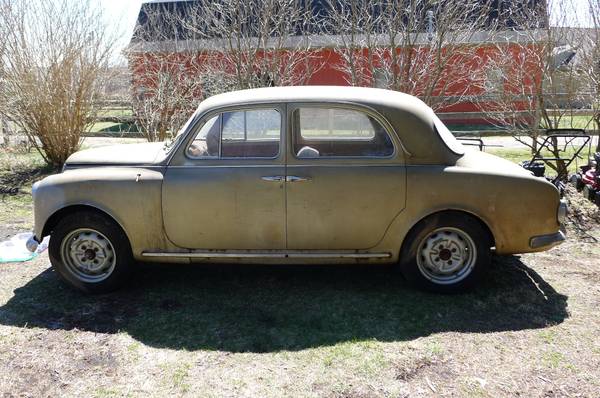 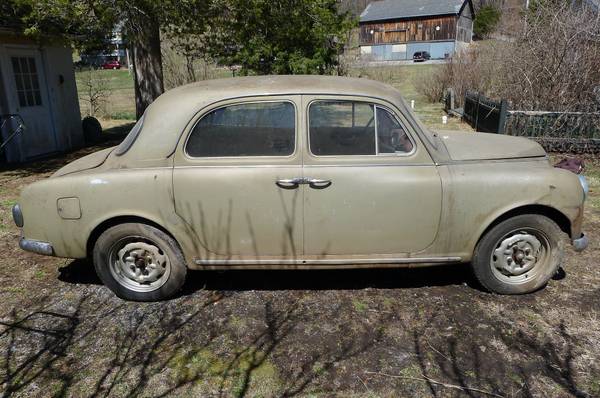 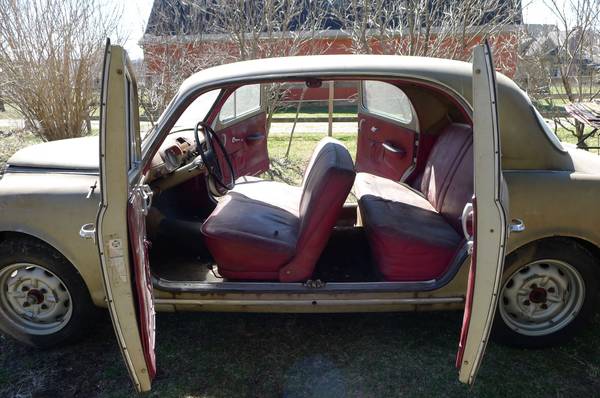 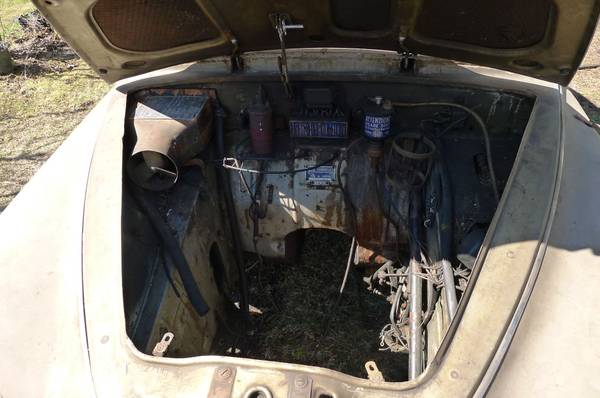