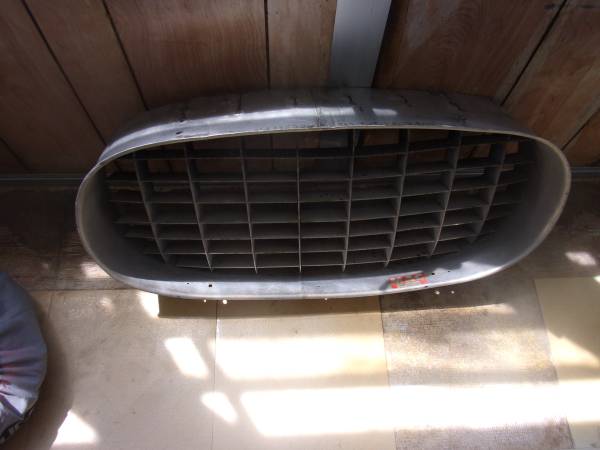 The Ferrari 212 is one of the rarest Ferrari’s out there. There were only 82 produced, all of them with Coachwork carried out by some of the most famous coach builders out there (Vignale, Touring, Pininfarina etc.). The 212 was a successor to the 166, and used the 2.6 liter Colombo V12 which ranged in horsepower power from 148 to 168. They were only produced for two years 1951 and 1952.

The fact that a grill for one of these cars has turned up is surprising in it of itself, but the story behind it is even crazier! We spoke with the owner Michael, and he told us how he ended up with the grill all these years later.

Michael went to school at the University of Miami in 1962, where his dorms faced US 1. He used to cross the street almost everyday to get White Castle. There was a gas station on the way that had a bright red Ferrari 212 Inter sitting in the lot, although the Ferrari motor has been replaced by a Chevy 283. In around 1973, he spotted a Jag 3.4 under a tarp in the Overtown section of Miami, which he bought for just $50!

A few years later while cruising past a scrap yard in West Miami he spotted a burnt Ferrari (it had no engine or transmission). He stopped in and asked the owner if they’d swap the Jag (which had an engine) for the Ferrari. At this point the Ferrari didn’t even have any badges on it! Michael had plans to turn the Ferrari into a race car of sorts, but these plans never materialized. In 1977, when he was living in what is now known as Turnberry Isles he had a contractor come and repave his driveway to extend it a bit. Figuring it would only be a few days, he parked the Ferrari across the street in an empty lot out of the way of the contractors. One morning he awoke to find the Ferrari obviously crushed by the bulldozer. The car had been trampled from the right front to the left rear, and pushed to the side into a clearing near a pile of trees and other debris. All that was left of the Ferrari was the grill and the headlights.

Michael kept the grill until today, although hasn’t been able to locate the headlights. When we spoke with him, he said he’d want to ideally sell the grill to see either a restorer, a deep pocketed man cave collector, or someone who’d make beautiful art with it. He’s asking $10,000 but clearly this piece is not only priceless, it has a great story behind it. We loved learning about it!

Check it out here in Pompano Beach, Florida: https://miami.craigslist.org/brw/pts/d/pompano-beach-ferrari-212-intra-grill/6935317254.html 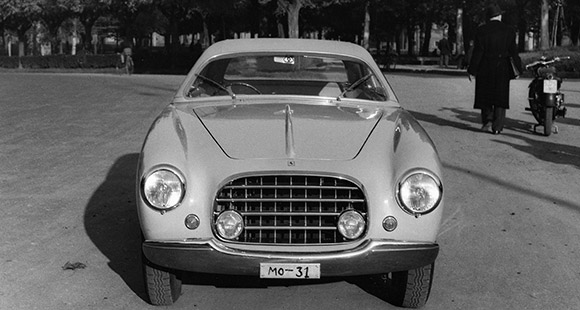