By: newcar|Published on: Mar 8, 2019|Categories: All, Craigslist, Japanese, Mazda| 0 comments 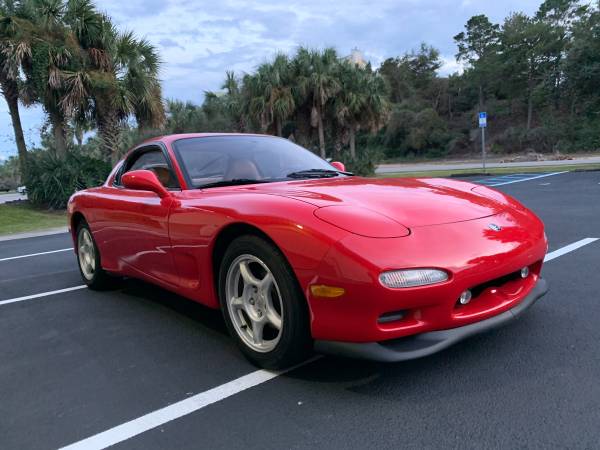 The Gen 3 Mazda RX7 is one of the most unique cars to come out of Japan in the 90’s. Unlike the other manufacturers who were using traditional piston motors, the Mazda RX7 used a rotary. A rotary (or Wankel) engine uses a rotor instead of pistons, which allows for a smaller package, and good power output, at the expense of fuel economy. This generation was also the first mass produced car to have sequential turbochargers, a serious innovation at the time! 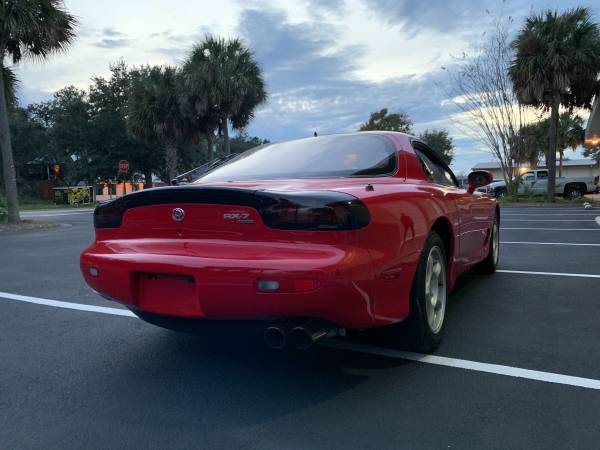 The third generation RX7 was produced from 1992-2002. These Mazda’s had a 1.3 liter twin turbocharged rotary engine, making 252 horsepower. Weighing in at around 2700 pounds depending on trim, these cars were nimble and quick, even by today’s standards. 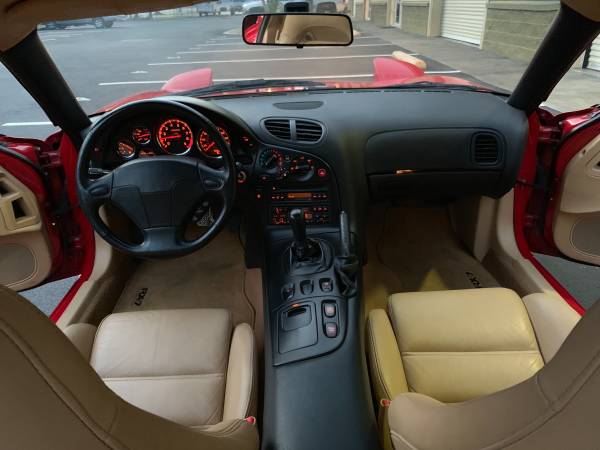 This particular car, finished in vintage red, has only 12,500 miles. According to the ad it is entirely original, and from the photos we’d have to agree that it is looks as close to new as you’re going to find. These cars are becoming harder to find in this shape, as there is a large cult following and many of these cars have been heavily modified over the years. They do crop up every once in a while, but when they do you have to act fast!