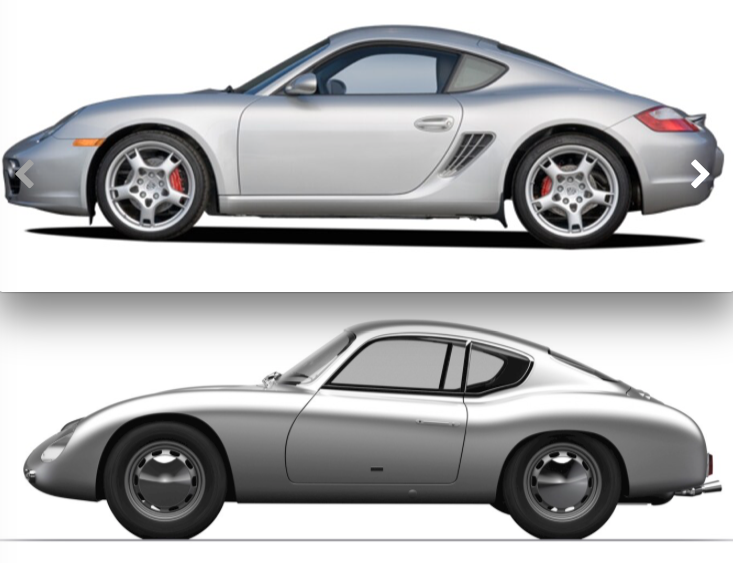 Carrozzeria Zagato, now Zagato Milano, has been responsible for some of the most striking automotive designs of the 20th century. Initially founded on the concept of lightweight functionality and performance, Zagato fabricated special bodies for prewar Alfa Romeos infusing early aerodynamic theories just beginning to influence car design. Founder Ugo Zagato was interested in both aircraft and automotive design, but it would ultimately become automobiles that would build the foundation for his worldwide success. When son Elio Zagato took the helm in the 1960s, partnerships for more than hand crafted single purpose racecars emerged and Zagato began developing series production cars in conjunction with some of the greatest sports car manufacturers in the world. 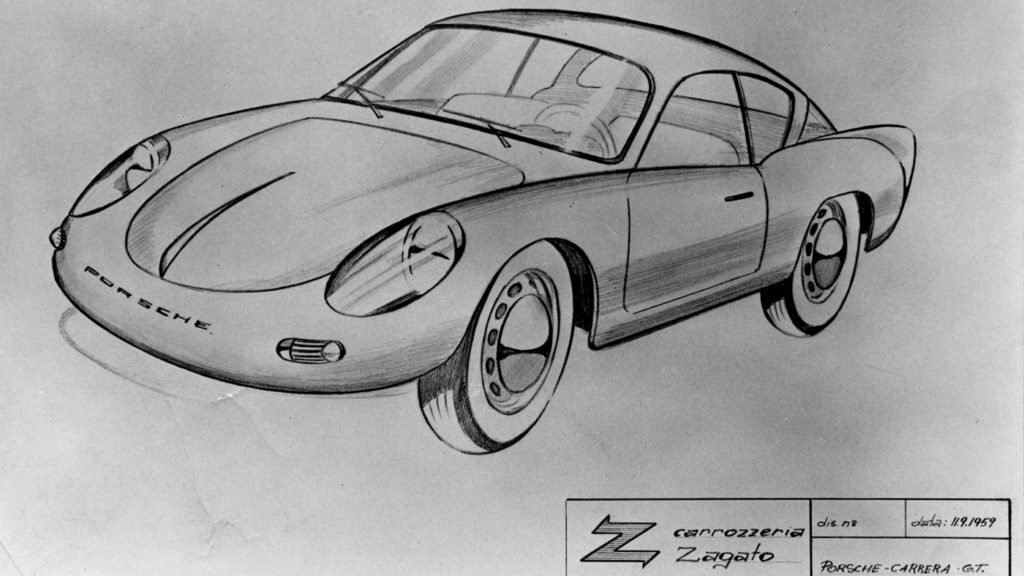 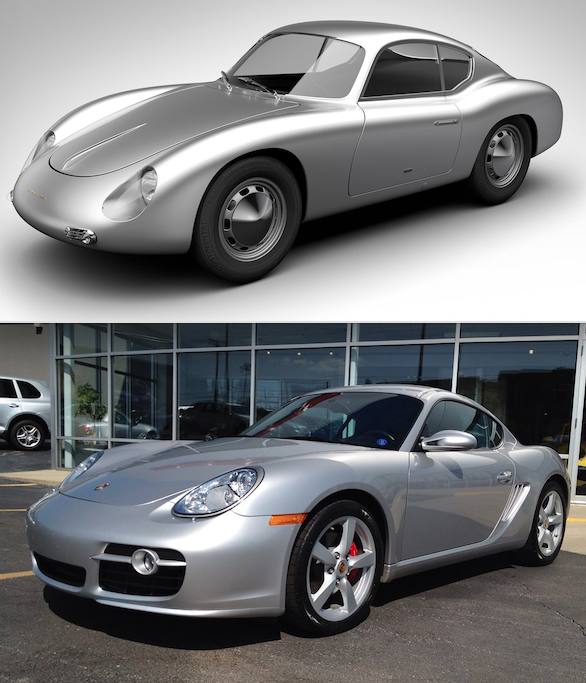 During the development of their specialized post war competition cars, Zagato was approached to build a unique competition car based on a Porsche platform. This car, the 1958 Zagato Carrera Speedster, would sadly be lost to history in a tragic accident and gone forever, if not for the recent decision by Zagato to make nine of these cars as part of a new program; “Sanction Lost”, building lost cars in limited numbers, for special clientele. As part of the initial research on this program, a 1959 sketch emerged from the Zagato archives with the name “Porsche Carrera GT”. Unmistakably related to the Speedster, the coupe featured a closed body design with a handsome almost fastback rear glass, cleanly delineated in a smooth rear profile. The proportions were quite well balanced for the time and, true to the Zagato themes of the period, the low-profile silhouette incorporated state of the art aerodynamic design features and large glass area. The only unfortunate thing about the design was that it was never built in period.

Seeking to cure this unfortunate circumstance, Zagato made the decision to include the coupe in their continuation of the Sanction Lost program with Sanction II, building Zagato bodied cars of vintage distinction. The completed Zagato Carrera Coupe was, as might be expected, beautifully crafted to exceptionally high standards when revealed in 2018. Yet upon seeing it for the first time, I could not help but notice how familiar this car was. The look and presence remained unmistakably Zagato in every respect, but the lineage seemed to be futuristic. It was only when I compared it against the contemporary Porsche Cayman that it became hauntingly clear. The two cars share visionary DNA. 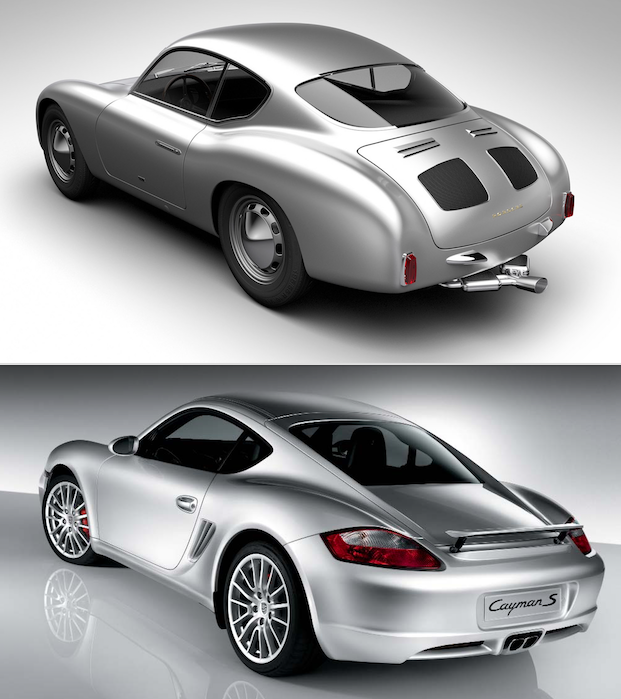 Whether the Cayman was influenced by the original Zagato design or not, the similarities are striking when studied even in a range of views, even when allowing for modern design constraints. This sort of prescience may simply be coincidental, but I’d rather focus on how exceptionally well-conceived the Zagato concept is and how appropriately on target the Cayman has been in the current Porsche market. Both cars address the value of a lightweight performance coupe and, while there is a variation in the packaging of the engine, the proportions clearly evidence how important it was for both Zagato and Porsche to retain a family look while creating a totally fresh sports car.

Remarkably constructed and beautifully conceived, the 1959 Porsche Zagato Carrera GT Coupe reminds vintage sports car enthusiasts of the exceptional designs that emerged from Zagato. Viewed against the contemporary success of the modern Cayman, the Zagato design further exemplifies their visionary skills more than half a century later.