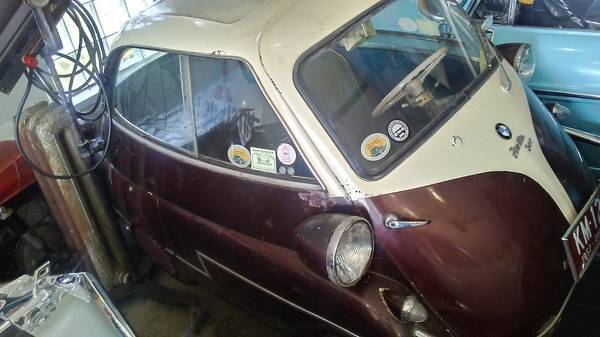 The BMW Isetta is about as quirky as it gets. It’s a three wheeled microcar, designed in Italy but built in many countries including Germany, Spain, Argentina, Belgium, France, and the UK. That is unusual in it of itself, but the odd shape and single cylinder motor just add to the uniqueness. The Isetta was the first mass production car to achieve 3L/100KM or 78 MPG. The single cylinder motor was actually a two stroke motorcycle engine which put out 9.5 horsepower. Not a lot, even if it is a tiny two seater!

The Isetta we have today is an Isetta 300, which means it had more power thanks to its 300cc motor. It got a bump up to 13 horsepower, which gave it a top speed of 54 mph. The seller states that the car is very original, but needs some engine work. It’s a classic tale where the engine was pulled, but never actually fixed. There is little rust, and the car is both garaged and on a clean title. These cars are a cool piece of BMW history, and the garage find style of this one is intriguing! 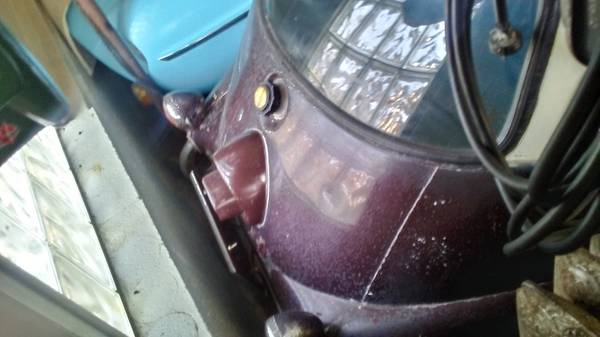 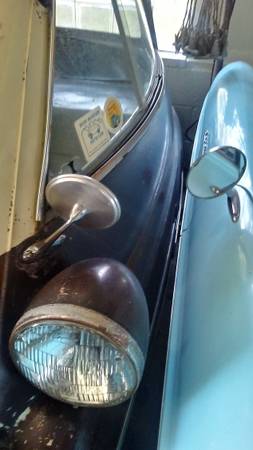 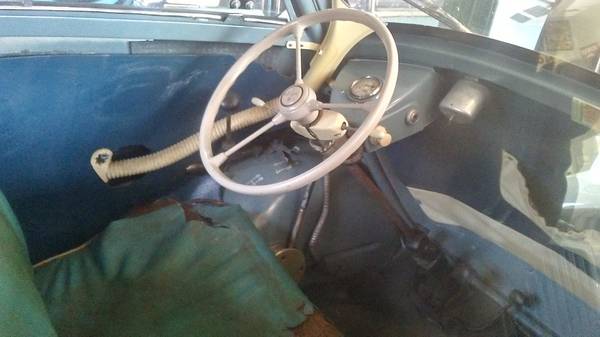 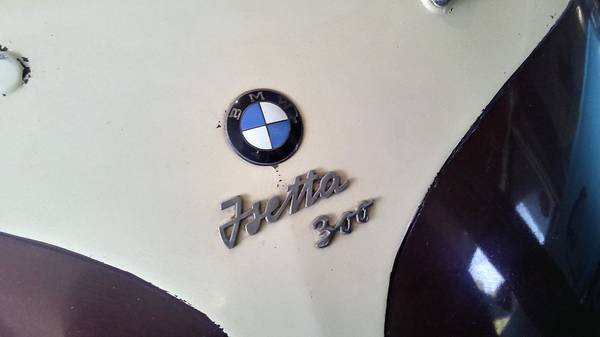